Diagnosis in medicine means putting a label onto any set of symptoms that a person may experience. Notice that it does not imply revealing or evaluating the causes of disease, nor the underlying processes which take place inside the body to build a foundation for optimal wellness. So if these causes and processes are not known or treated, how is it possible to cure disease?

The body-mind-emotional balance that defines human beings is almost infinite in scope. There is not one profession, nor body of scientists, nor any group of geniuses who could possibly master an understanding of the total being or all the diseases that can make us ill. Even post mortem examinations reveal that 50% of all diagnoses at U.S. hospitals are incorrect or incomplete, which means your disease has level odds of being diagnosed incorrectly against the chance of being understood and treated effectively.

This is why incidents of disease fill hospitals and clinics while research into the nature, processes and causes of disease fill libraries. There are no incurable diseases. There are only incurable people and they number in the thousands. Some have passed the point of curability, others simply don’t want to get better or live out their days and many don’t have neither the means nor the understanding required to properly follow a therapy and benefit completely from its merits.

Why does this ineffectiveness still exist?

Doctors have been trained to search for a specific disease or symptom, then from a therapy textbook link this condition to the corresponding cook-book recipe. This procedure is not unique to conventional doctors, as it is much the same procedure used by Naturopaths, Chiropractors, Acupuncturists, Herbalists and Homeopaths. In established medicine, however, the conventional philosophy of disease still claims that every disease is an evil that must be destroyed with drugs, surgery and radiation. They have been conditioned to believe that they - and only they - have a monopoly on scientific and therapeutic truths. According to the medical profession there is no other truth, no other healing profession, as they have erected a scientific dictatorship - a monopoly on healing. Which means that nothing new - that no other alternative approaches or methods - can be allowed.

The organized and controlled system of professional practice was created in the era just before the turn of the 20th Century. Businesses and men of wealth largely financed medical schools and set up the therapy methods, systems and prototypes. These medical schools and curricula were, in great part, organized to teach doctors to quickly and efficiently control and alleviate the symptoms and distresses of workers on the assembly lines if their day, so that illness would not disrupt the factory routines and systems as well as their resulting profits.

In spite of a hundred years of added knowledge and understandings that fill huge libraries, the basic thinking, logical parameters and methods of teaching and practicing medicine haven't changed beyond the treatment of symptoms, crisis conditions and immediate relief type care. And, hence, a great barrier and impediment to progress in the medical profession was erected, in that all doctors are taught that they know it all and that no scientific knowledge of disease exists beyond their study. Nobody but doctors have an capacity to understand the human body, or the scientific text books. This then confines standard medicine within a closed loop, left unchallenged and tethered directly to a largely entrenched profession.

There are laws throughout North America that make it illegal for a physician to use any kind of therapy on cancer patients other than drugs, chemotherapy, surgery and radiation. These laws makes it a crime to treat patients with new discoveries and treatments; and therefore, future therapies will never be accepted which, in effect, blocks the possibility of progress in cancer treatment. As a result, the very first parameter of medicine is this: toe the line – be orthodox – or be out. Every medical doctor who has tried to foster change, repudiate ignorance of the past and update science to the new awareness of cell biochemistry and life forces has been persecuted. Established medicine is the only profession that has failed to evolve in its basic philosophy and principles which, for the most part, date back from thousands of years.

Medical prescriptions are still cook-book recipes for the relief of (and not cures of) symptoms (nor the causes of disease). All of this contributes to the great dishonor of medical doctors. But are doctors really to blame? Is the deceit intentional? I think not. I believe that the vast majority of doctors have a genuine desire to help patients get better yet are left hamstrung by the politics and economics which control their industry and profession.

It is the drug companies that are the real culprits and who have a fiscal agenda that is better supported by patients not getting well, effectively trapping them in a cycle of disease care. To alter or change this view would put a serious dent into profits and margins, or perhaps lead to the eventual destruction of their industries. One could even go so far as to say that those who hold the purse strings of medicine are the puppet masters of the practitioner.

On the surface this may seem an unquantified perception, but a 2014 study from the Journal of the American Medical Association discovered that among the 50 largest pharmaceutical companies in the world, 40 percent had at least one board member who was also a key stakeholder in an academic medical center. Among U.S. pharmaceutical companies included in the study, the percentage was even more troubling at 94 percent. And yet the fees that academic medical leaders earned from professional associations is even more staggering at first glance, averaging over $310,000 per year ... and climbing.

Whether a fiduciary responsibility to shareholders and the financial success of the company collides with their institutional oversight or individual clinical and research practices, a serious perception problem exists and the compensation level does suggest that these associations have great value to industry. The potential for conflicts of interest are serious and it should never be minimized. Medical professionals who hold leadership roles in both industry and academia are fully deserving of exploration and scrutiny. Placing limits on compensation, transparency and more regulation are naive half-steps, because even U.S. medical schools and academic medical centers have been attempting to limit conflicts of interest since the 1990s with little effect. And when a university president, the dean of a medical school, the hospital CEO or a clinical department chair gets involved with this practice, there should be zero doubt about their influence on the decision-making of large numbers of faculty members and trainees.

Clearly, this is a complex subject. And it's no less simple for an industry preoccupied with prescribing drugs for symptoms. We now live in a world where pharmacide is a real and present danger.  Properly prescribed drugs are killing more people than illegal drugs, approaching an epidemic level and leaving the public at great peril - having established a culture in which medicine produces more disease than health while medical progress does more harm than good - and that is before we factor in the tens of millions of unnecessary antibiotics ordered annually.

Healing is an Ongoing Event

What we must do then is to learn from the wisdom of our bodies if we seek solutions.  Fatigue, weakness, aches, pain, cramps, fever, tumors, dizzy spells and other symptoms are not diseases. These have always been the best and most effective way - and sometimes the only way - that our body is alerting us that we need to defend, protect and restore ourselves to proper function. They are signals for getting rid of the causes of disease, mobilizing us to engage our healing powers, eliminating threats and performing as a call to action with respect to detoxification and neutralizing toxins and poisons; at least until other means can be brought into play that will support our bodies in an effort to return their systems to a state of balance.

This is what we mean when speaking of a wellness-conscious consumer, that we accept full responsibility for our wellness armed with the correct information about symptoms versus disease. Healing itself has a multitude of indicators as well, and rarely is it the we need blood tests and follow-up examinations to confirm them.

We know that feeling of release from anxiety, with less tension throughout the body. We have all experienced that sense being able to relax a little better. When our heads feel lighter than before. When our sleeping pattern has improved. We function at optimum pace. The mind is sharper. The body is more limber. We are more energetic and less irritable.

These are the quiet songs of increasing wellness inside the body itself. We just need to learn how to trust them. Believe in them. We just need to realize that a world of symptoms will often lead to nowhere. Most of the true solutions are found within us as long as we can connect this language to our body's wisdom, rather than collect piles of laboratory tests and office visits that only confirm what we should already know. 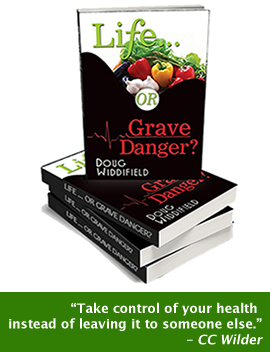 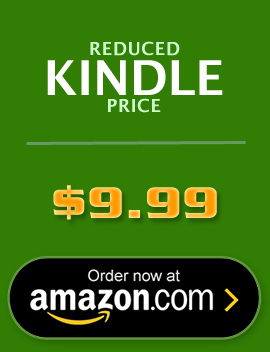 Five Things You Must Have in Your Wellness Plan June 05, 2017